On the 11th June 2018, I went to Hokkaido with the new prototype of the SS Northern.

The SS Northern is a specially designed model to target the unique sea trout that inhabit the area between Tohoku and Hokkaido（Northern Japan）. The fishing has been great this year with plenty of lunker size sea trout being landed so I arranged my trip this June. 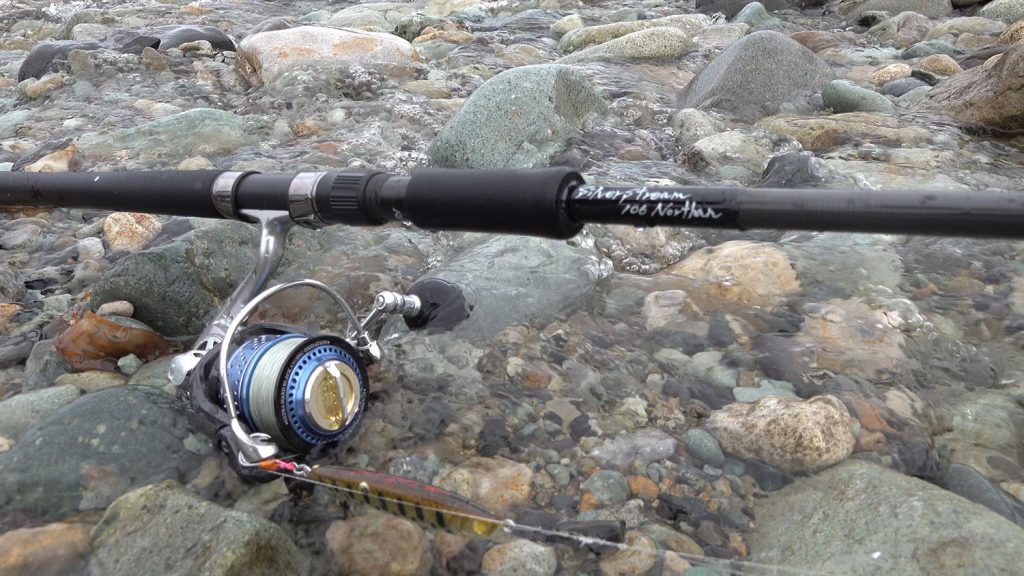 We are currently testing two prototypes.

These models have been based on the Avarice 106M and MonsterImpact110HH. Although both models were designed especially to target the Blackfin seabass, recently there has been an increase in demand for these models for use in Hokkaido area to target these sea trout. The advantage of using these two models are their sharp casting feel and their ability to cast lures out to areas other anglers cannot reach.

As these models were designed for the Blackfin seabass, anglers were required to carefully fight the fish due to the stiff tip section causing hook-offs from ripping the lip of the fish.

The SS Northern model has been designed to inherit the stiff casting feel yet having a more flexible tip section by developing a slim blank to cut through strong head winds. Furthermore, a long grip length has been employed to assist anglers when casting.

The blank may seem a little slim, but the butt section is strong for anglers to utilize jigs and jig-minnows.

We are currently fine-tuning the blank so that anglers are able to aggressively fight the large sea trout in shallow areas when fighting from high ground or break-waters while allowing anglers to load and bend the rod for technical situations.

These 2 models are being developed with the same concept, field and for use with similar lures, but with two main differences in characteristics are sharpness for the SS106 Northern and length for casting distance for the SS112 Northern.

Although both models are developed to target the sea trout, the SS112 Northern is stronger than the SS106 Northern with the ability to lift monstrous flounders off the sea-bed. For anglers who prefer to use minnows when fishing in the surf, we recommend the SilverStream 103 Flows Nano or Avarice 103M Nano.